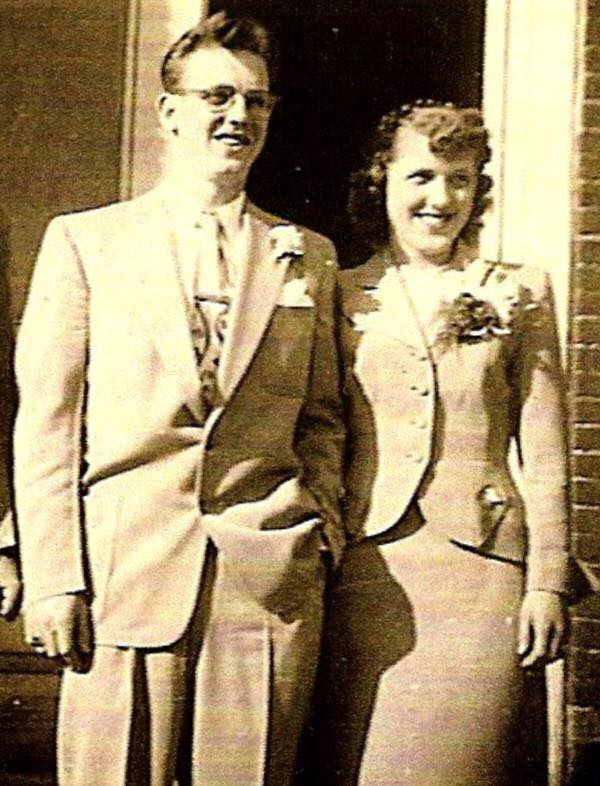 Ok. I’m going to try to get through this without crying but I’m a Campbell and we cry at Oreo commercials so, ya’ know…

This is not my first rodeo when it comes to loss, in the past 4 years, I’ve planned more funerals and cried more tears than I ever thought possible in this short time and I hope after this, I’m good for a while and God will just be like, “Yup, let’s cut this one a break.” Nevertheless, every time we experience a loss I am eventually able to find some kind of good in it. Sometimes it takes an awfully long time to crawl out of the valley the shadow of death creates, but there is certainly light at the summit of the mountain.

Each loss was a little different because each person was different and each relationship was different, this was no exception. My Pap was such a special man. I can’t think of any other man like him – he was certainly one of a kind. A true patriarch. Google says patriarch is “the male head of a family”, that’s pretty simple and a realistic definition. But I’m a writer and teacher so I needed another source, and we all know Pap would have never believed Google. He liked to be right and I obviously inherited that character the most, so, Merriam Webster says a patriarch is the “oldest member or representative of a group” – also true. But my favorite definition is this – “a man who is the father or founder”.

Tradition would say that when a patriarch passes there is a next in line – and I’m sure my dad would be honored to fill the shoes of his father and in some ways he will but what I love about our family and the legacy that Pap left us is that all of the wonderful things he was, his qualities and his character – they are in each of us. I don’t think anyone was lucky enough to get them all, but we all got a few. He had so many, but like I said, I’m trying not to cry and also you don’t want to hear me talk all day (I got both of those) so I’ll just share a couple. My Pap was:

Loyalty – this one is my favorite because it leads to traditions. Our family had some amazing traditions founded by Pap. One of my very favorite things in the whole world were Christmas Eve’s at their house and how fitting that we all recently had a reminiscing session about this on social media. I have countless memories of Pap telling us the story The Night Before Christmas. It was such a special tradition to each of us that one Christmas we presented him with a recorded version and each of his seven grandchildren recorded a page. He cried, obviously. Our traditions have and always will keep us together.

Pap, he certain was the “founder” of great things for the Campbell family and now that he is gone, the memories of him will keep us bonded despite quarrels and distance. We will remember Thanksgiving and Christmas we’d cram into their house Pap and Grandma- their three kids, all 7 grandkids and as we began to grow some greats as well…and not just us – great aunts and uncles, cousins, second cousins, people we thought were cousins but really they weren’t, in-laws, friends, whoever we invited, whoever wanted to come by. It was big open house and we sat and we ate and we laughed – together. And my Pap would sit in his big chair in what felt like the center of the room, and so what if he nodded off from time to time or “rested his eyes”, he was our Patriarch.